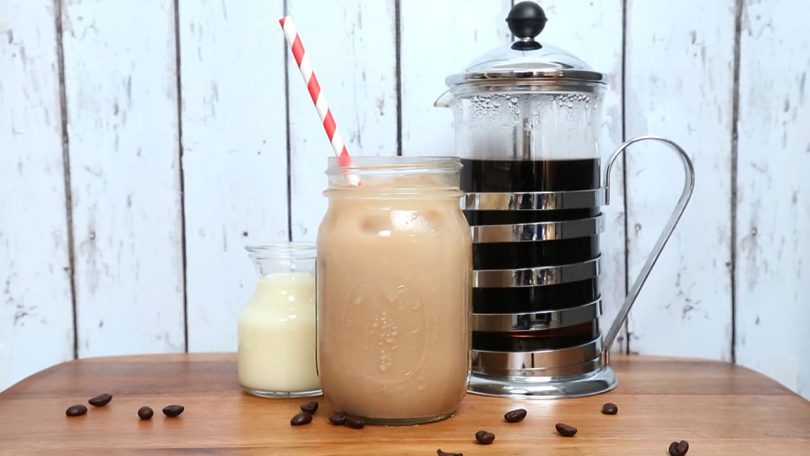 I’m gonna be talking about coffee as if it’s some kind of insane chemical. I tried coffee. I was traveling with my parents somewhere probably if you were having breakfast but I remember me trying coffee once or two times in my life.

When I was around that age (16-17) and I didn’t feel what was a big deal with it. As many teenagers wouldn’t and you know those it was really bitter but I was fine with it. I never really started drinking even though I know that it doesn’t have any harmful effects.

Even though I know that it’s a very common thing to drink and there’s nothing wrong with it right especially after reading Scott Adam’s book. How he puts the coffee on his pedestal.

You know it’s like a very good everyday thing that you could have in your life. Because the only downfall it really could have is you’re running out of. It’s right like after you have been drinking coffee for three years if you don’t have you’re gonna get a headache.

But fortunately, in Planet Earth there’s enough coffee to be produced for decades if not centuries so we don’t have that problem. It came down to I tried coffee. I’ve been trying it here and there. In a very scientific way right.

I get coffee, I get the exact amount I boil it. I make my coffee. It’s a black coffee obviously I’m not gonna put anything else. Because not trying to get pleasure out of it, I’m literally trying to use coffee to be able to focus for longer and have a more productive day.

Right so my experiment went something like this I had put one coffee packet and this one that I got from the deli and then I put it into fours and then I put, I made coffee into it. Then I drank that glass. It’s like basically having a very 1/4 of a very weak drink.

I just want to be able to wake up in the morning. I do my normal routine you know, go to the gym, come back, meditate all that stuff and I start working. After the afternoon I have my meal which is probably like rice-based sometimes pasta um by like 4 o clock.

I start to get a little sluggish usually at 2 o’clock. I don’t get sluggish by I’m not getting tired but I get kind of not as productive period and not as focused. I’m a little slower, I’m working at a more pace that’s working and learning at the same time to figure things out here and there.

I’m not like executing one by one right, that’s what I just want to have a drink that’ll get me back up. That’s all, it is now if I get back up I don’t even want to get more focus than hours in the morning.

I was saying all these good things I was writing journaling. I was happy. I don’t know why people don’t talk about it. It makes me actually enjoy the work. You know who has been drinking coffee, it’s a normal thing obviously.

It was insane and I was crazy anyways all the things. I feared coffee happened in one shot with the Dunkin Donuts. And the deli one was normal but I still don’t wear this one. It works. It’s not as powerful as Tim Ferriss makes it sound like, you know it’s gonna in his own words light you up like a Christmas tree. But that doesn’t happen.

I feel like lighting you up with the Christmas tree was with the freaking Dunkin Donuts coffee that’s what I feel like I could run for days. But this works in my opinion because it doesn’t get me cherry. It might now be because I’m not taking the whole thing. I don’t recommend somebody taking the whole package in one drink.

I think most people do but I took it in force right one-fourth of one packet and I drank it. Probably gotta start this like three-four times and you know the same thing. And I’m gonna give you an update on how it feels so far. I just took two. You know last week I took two doses and I have to finish one packet.

I guess compared to normal coffee this is very expensive. It’s like more than a dollar a packet. But if you talk about me one packet is gonna run me like at least a week. At least a week and that’s a dollar a week so it’s not that bad four dollars a month.