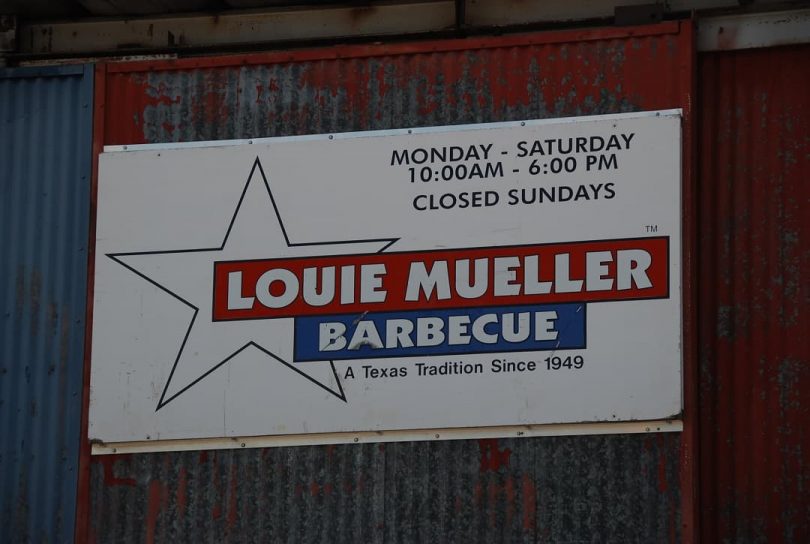 BRISKET MADE OF MARBLED BEEF ONLY

Brisket is a beef brisket. This part of the cow is so specific that usually no one cooks it separately except Texans. It can only be made juicy and tender under two conditions: the beef must be marbled, and the Smoker must be Texas!

BEEF IS THE MAIN COURSE.

Any Texan prefers beef to any other meat. You can make countless arguments for pork, chicken, etc., but you can’t convince a Texan of the superiority of beef.

Brisket has two parts: fatty and lean. Most places in Texas serve both parts. But even those places that prefer one of these types will gladly cut off the part the Guest prefers.

THERE’S NO PLATE COMBO WITHOUT BRISKET.

Pork ribs, sausage, turkey, chicken, beef ribs and ripped pork usually only add to the menu, but a Texas barbecue plate combo is not complete without brisket. Collagen-rich brisket is the king of the barbecue table in Texas, and how it’s cooked is considered a true measure of Pitmeister skill.

If you want to find good barbecue in the small town of Lexington, then you need to go to Kerry Bexley, specifically to visit her restaurant Snow’s BBQ. Although why would I suggest you look specifically for barbecue in Lexington, a town of only 1,100 people?

The fact is that this town has always been famous for its Saturday barbecues!

So in the late ’90s, Kerry and Ms. Tootsie decided this town would be perfect for a barbecue. The decision was made, but no action followed.

Some time later, as early as November 2002, Kerry came to visit Ms. Tootsie and brought up the barbecue talk again. And after this conversation, they decided to not only dream about their barbecue, but to take action to open it. So on March 1, 2003, construction began on Snow’s BBQ.

Tasty BBQ, great service influenced the development of their business.

In 2008, their establishment started a real boom. In fact, Snow’s Monthly magazine in Texas judged Snow’s BBQ and named it the best barbecue in Texas!

And for so many years now, Snow’s BBQ has been working to get better. And people see it and come back to them time and time again.

The restaurant has a very long history. Back in 1949, Louis Mueller decided to open perhaps one of the first barbecues in Texas. He had no idea his business would live on for so long!

After Louis died, the barbecue was owned by his son Bobby Mueller, who passed away in 2008. And for many years now, the fire of the family craft has been kept alive by his wife Tricia and son Wayne.

Likewise, Bobby and Tricia’s daughter Leanne Muller was a well-known photographer in Texas. She takes great pleasure in sharing the experiences her grandfather brought to the table.

Louie Mueller’s is more than just barbecue, it is a monument to the family’s successful dynasty in the Texas Republic of barbecue!

As Mr. Mueller says, “This is the best barbecue in Texas (which means the best in the world),” including Dallas, by the way.

I have to agree with him, I’ve had tons of barbecue from all over Texas, and I’m a former Texan. Louie Mueller is the best.